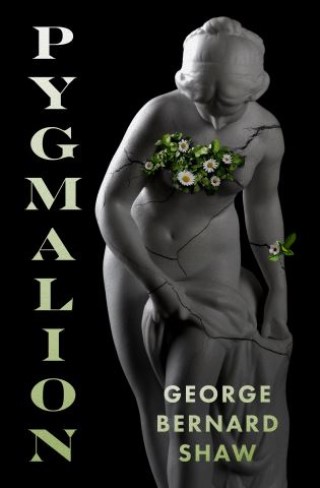 The most successful play by the Nobel Prize–winning Irish playwright, and basis for the movie and Broadway musical My Fair Lady.

Based on the Greek legend of Pygmalion and Galatea, George Bernard Shaw’s witty adaptation features linguistic expert Professor Henry Higgins, who encounters a cockney flower seller named Eliza Doolittle. Boasting that he could pass Eliza off as a duchess by teaching her to speak correctly and polishing up her manners, Higgins does not believe he will ever have to prove his claim—until Eliza shows up on his doorstep asking for elocution lessons.

Eliza’s subsequent transformation fools London society, but makes both Eliza and Higgins question whether they can return to the lives they had before their extraordinary experiment.

“Pygmalion, written in 1912 at a time when women’s suffrage was making daily headlines, stages both Shaw’s progressive belief in the equality of the sexes, as well as his satire of the defiant persistence of Victorian customs and the English class system in the face of inevitable social progress.” —BroadwayWorld